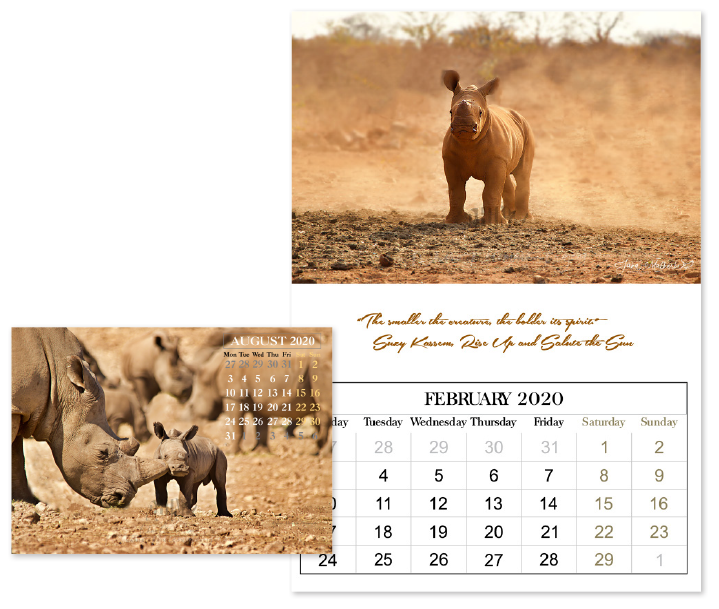 OUR RHINOS
ARE DEHORNED
REGULARLY

OUR RHINOS
ARE DEHORNED
REGULARLY

It’s time to take real action. It’s a widely known fact that rhinos are on the brink of extinction – but not if we have anything to say about it. The Rhino Momma Project is a non-profit organisation that’s made a significant impact in not only protecting our rhinos, but also growing the rhino population. Since purchasing our first rhino in September 2011, we’ve made it our mission to help save this magnificent species from extinction by breeding as many rhinos as possible, all in an effort to repopulate Namibia and Africa with rhinos. This is no small task, but with your help and support we can turn back the clock and protect one of our continent’s most precious wildlife species. 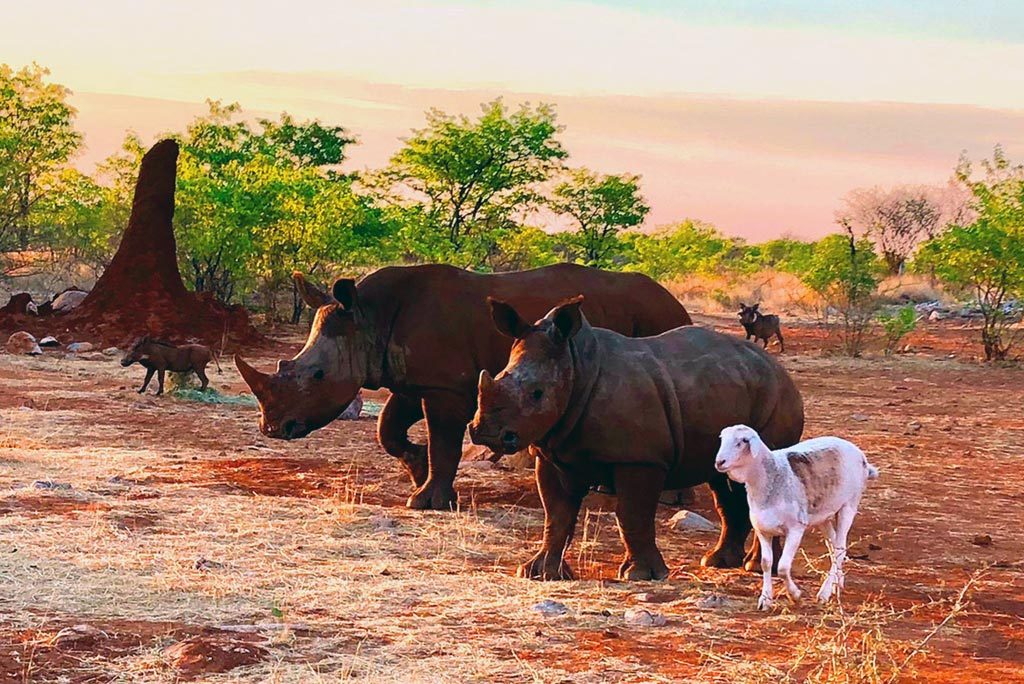 Boet was about 2 months old when his mom, Doampie died of unknown natural causes. We had to quickly intervene and take Boet under our wing. Baby rhino’s suckle up to about 18 months of age, so Boet still had a lot of milk to drink! Our resident angel, Rhino Momma Juliette, took him in… 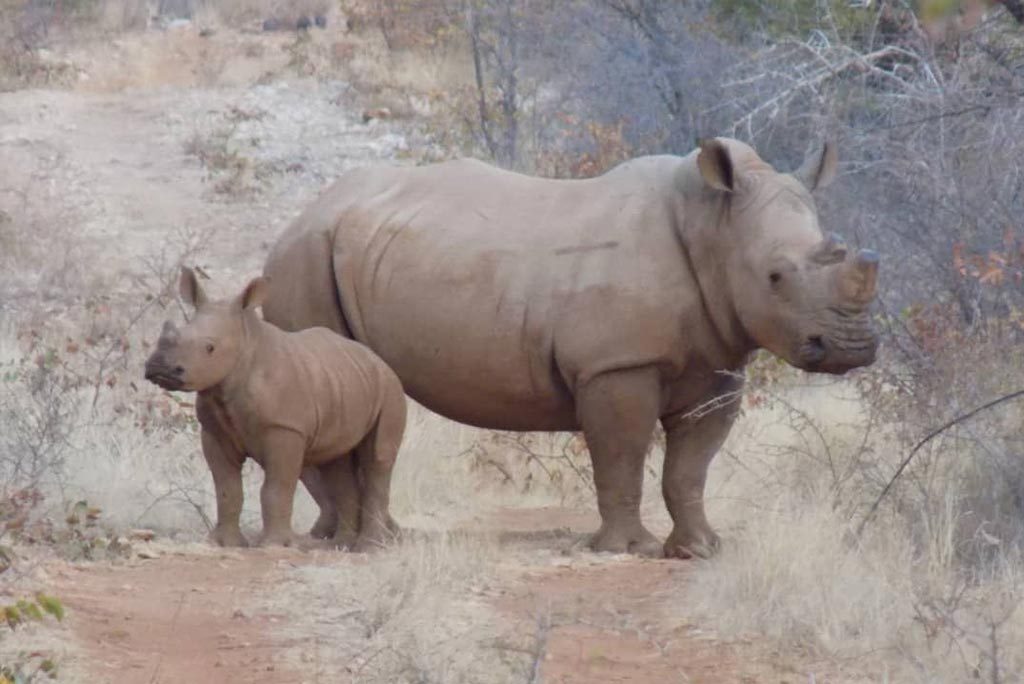 Orpah is still a baby rhino, but despite her size, she is full of energy. You can see her running everywhere, looking for new things to discover. Because when you are a baby or a child, everything new is exciting! Adult rhinos usually have poor eyesight while young rhinos have quite sharp eyesight and can…

Mariska is a shy rhino who likes hiding behind a tree when a situation is stressful, but behind her shyness, is a very bold young calf, with a heart of gold. She is so passionate in everything she does and when she looks at you with those big brown eyes, you can see the warmth… 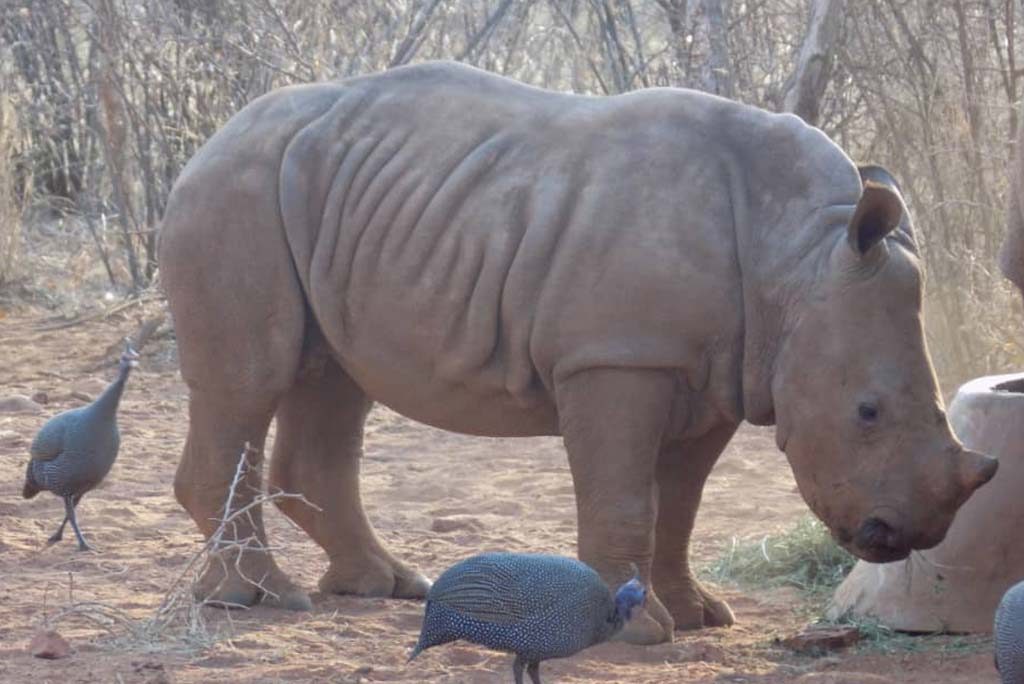 Say Hello to the most wrinkled calf ever! She was our little Christmas present, as she was born on the first day of Christmas in 2017, and was walking within an hour of her birth This little girl has so many characterising wrinkles on her side, that we renamed her after her appearance. Originally she… 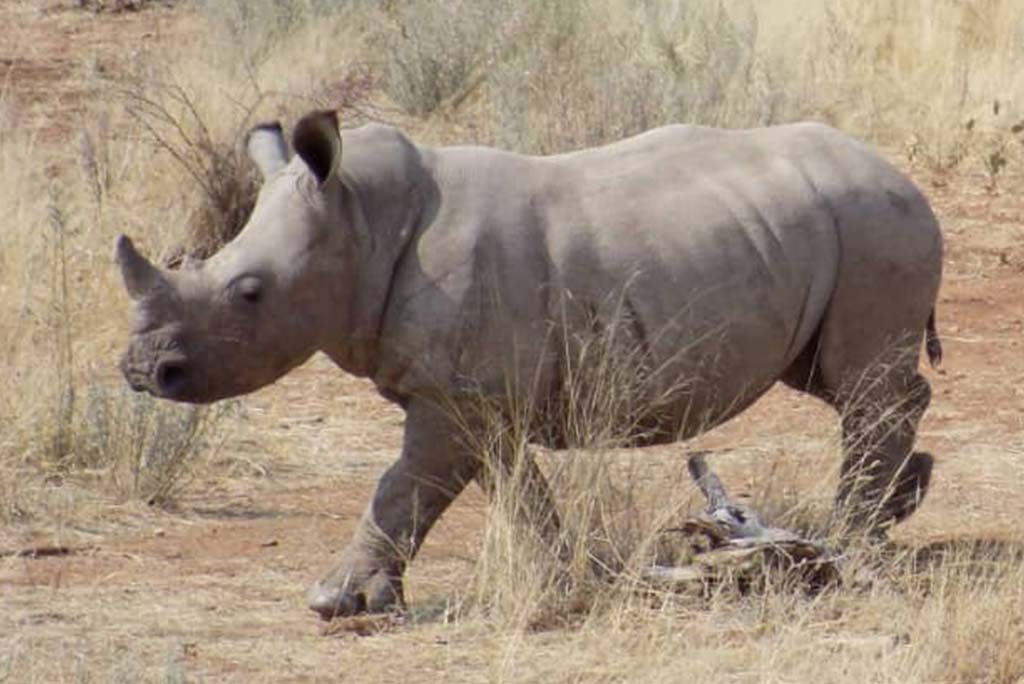 Vicky is the type of rhino who likes sleeping and eating. If she can have her meal lying down she will be happy. You can understand, the grass in the bush is so comfortable to want to spend time on it.  When you see Vicky it almost looks like she has a smile and she… 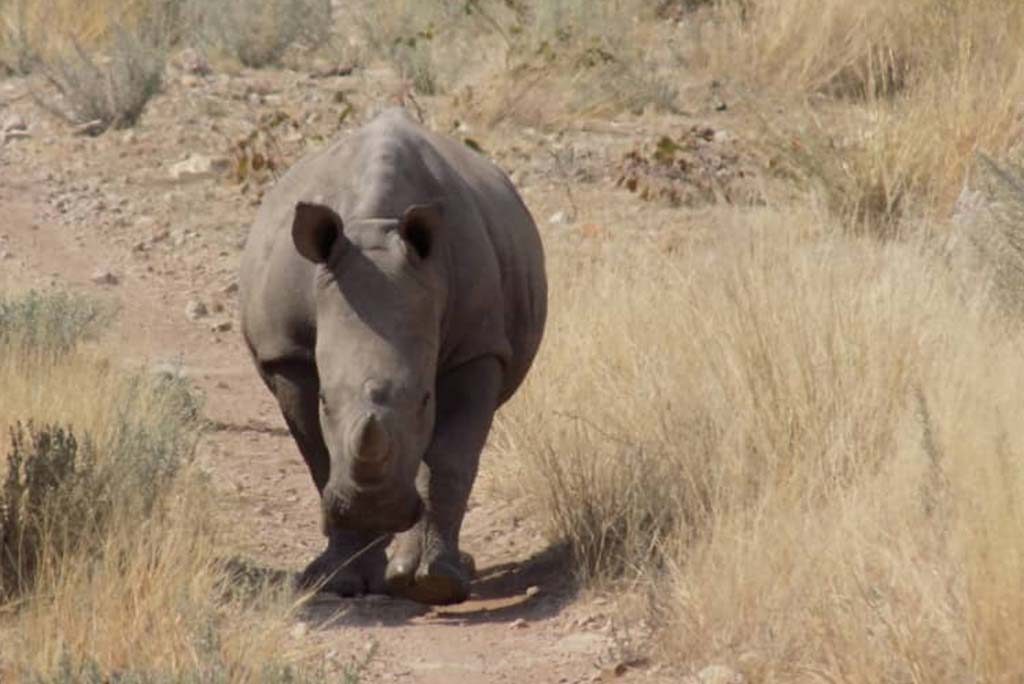 Despite being 1 years old, Samuel is a determined calf like his mother. If you can see him, you can be sure it’s to pursue the idea which is in his mind, like the other day, Samuel was walking alongside the road and I was curious about knowing his goal. I followed him in the… 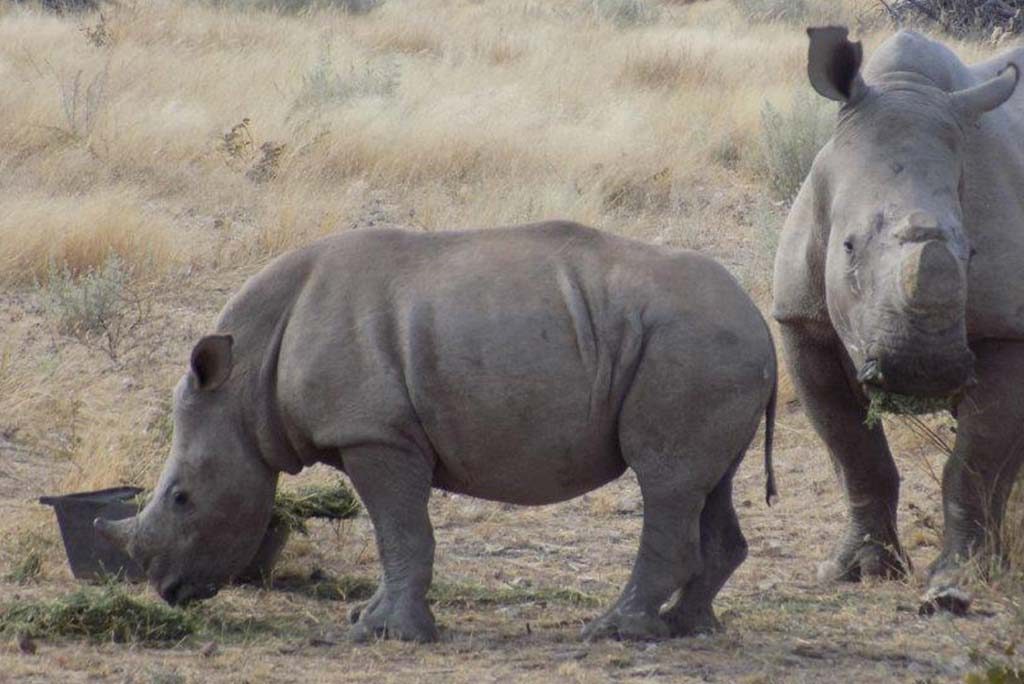 Nate’s growing a lot lately and became already a handsome little boy, who loves to run and play around. It seems like he’s almost too active and bouncy since he and his mother, Red Rock, are always running a little late for breakfast feeding. They probably need to sleep late after days filled with exploring… 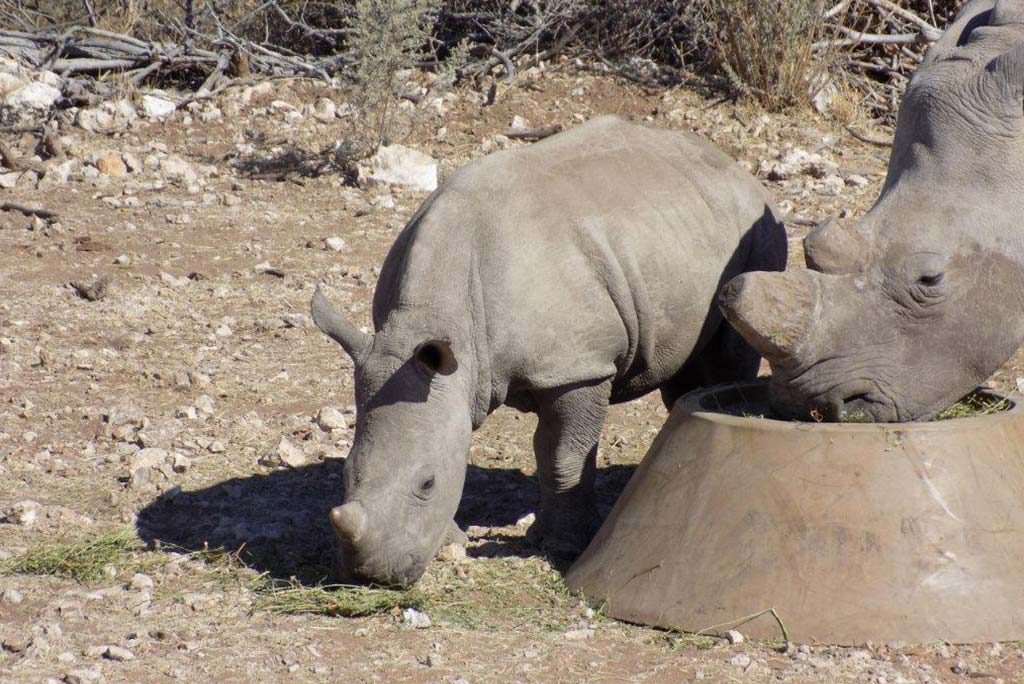 It was the time of morning in Namibian midwinter when it switches from cold to hot; I removed my jacket and went from dreading washing out the feeding bowls with cold water to savouring the feeling of the water on my hands. Finishing the last bowl, I bent and hoisted it over my head to… 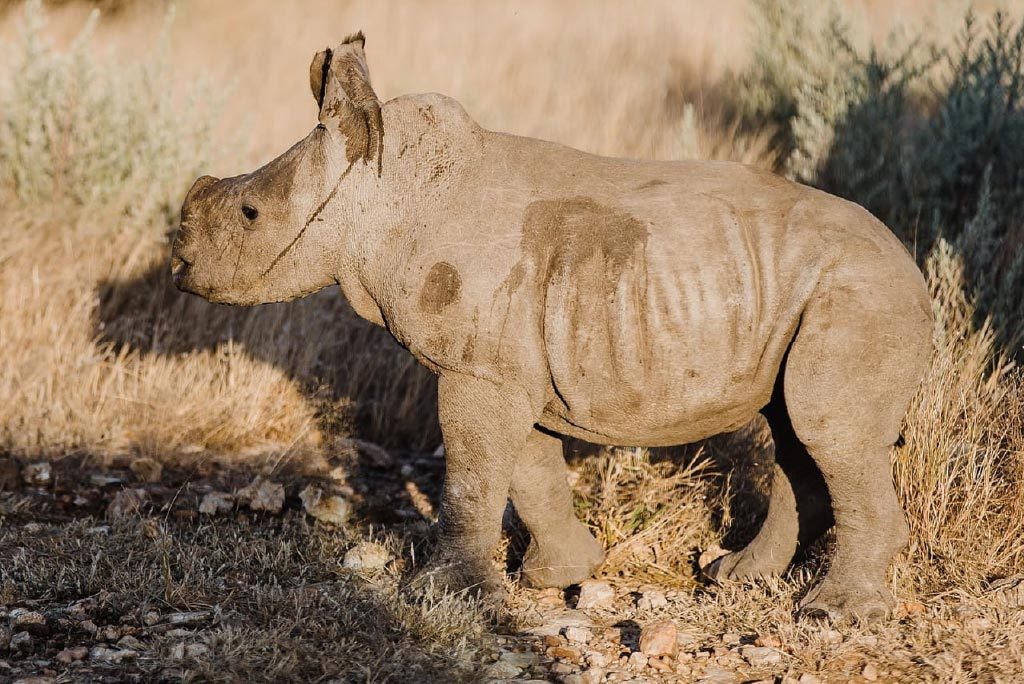 Bethany is a very cute little rhino and is only 9 months old. She just loves her mom’s milk and for such a small girl she really drinks a lot of it. She needs approximately 12 litres a day to grow up to be a big and strong rhino. She also loves the treats we... 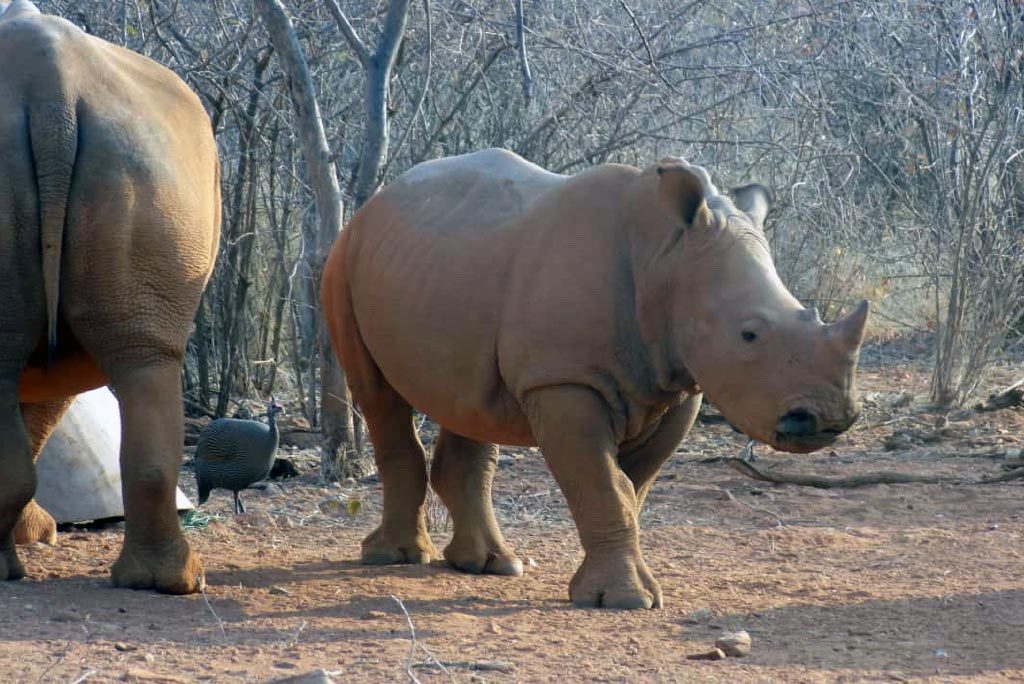 To appreciate Anja, you must observe her.  This little rhino is shy, but calm, she loves walking alongside her mom and observing her surroundings, however when it comes to feeding time she puts away her shy personality and is not afraid to fight for her food.

Gerhard is an adventurer, he loves running around and exploring.  He is a happy boy and full of energy all the time.

How you can help

There are only two Northern White Rhinos left on the planet. Both female. If poaching continues at its current pace the Southern White Rhino will join them at the brink of extinction in our lifetime. 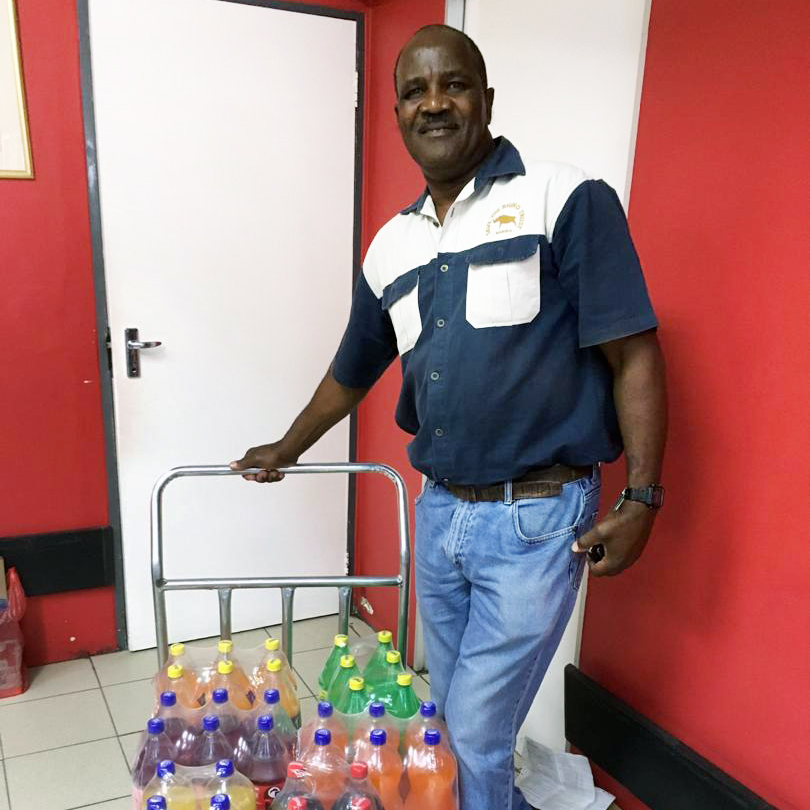 SRT currently have Rangers at 6 different roadblocks all around the Kunene region to help curb rhino poaching.  Rhino Momma Project would like to show their support and gratitude to SRT by donating soft drinks to these Rangers who are spending their Christmas time protecting our wildlife.  We appreciate your hard work and dedication and… 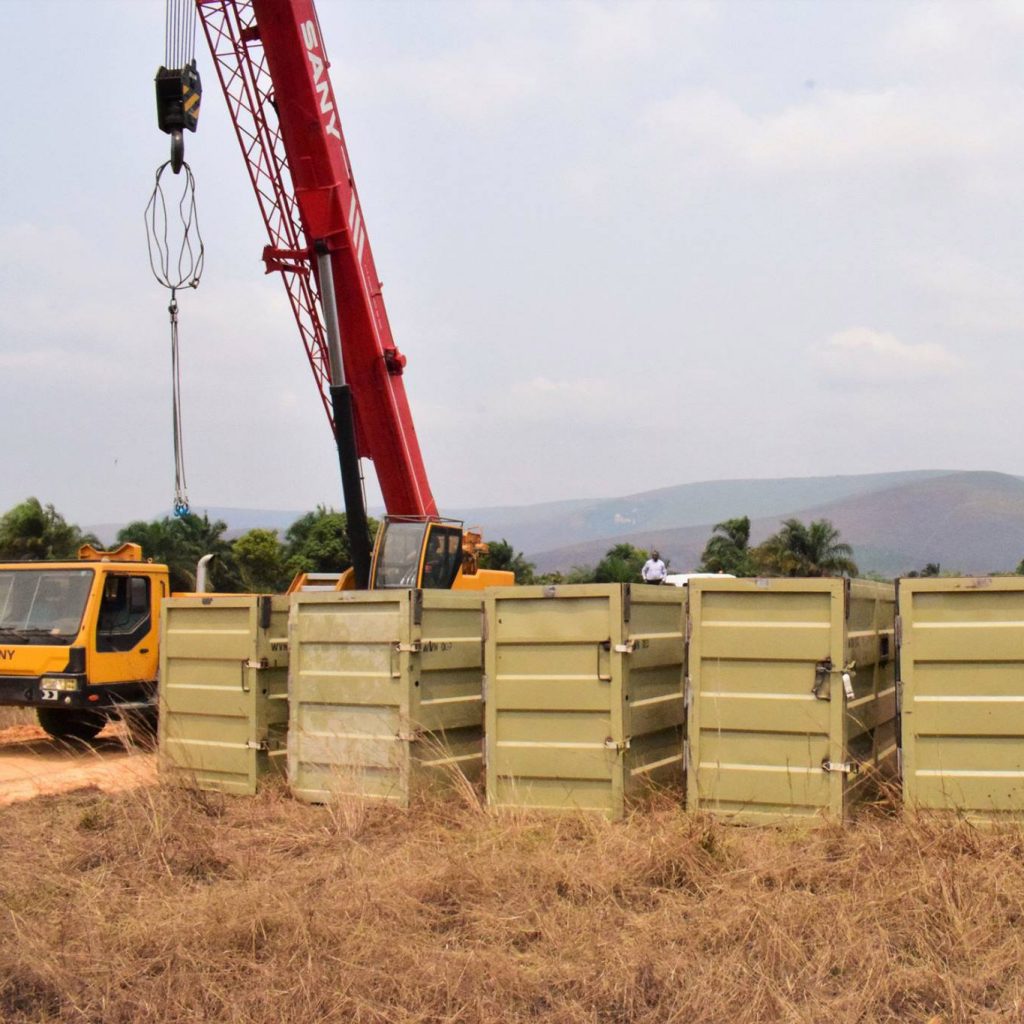 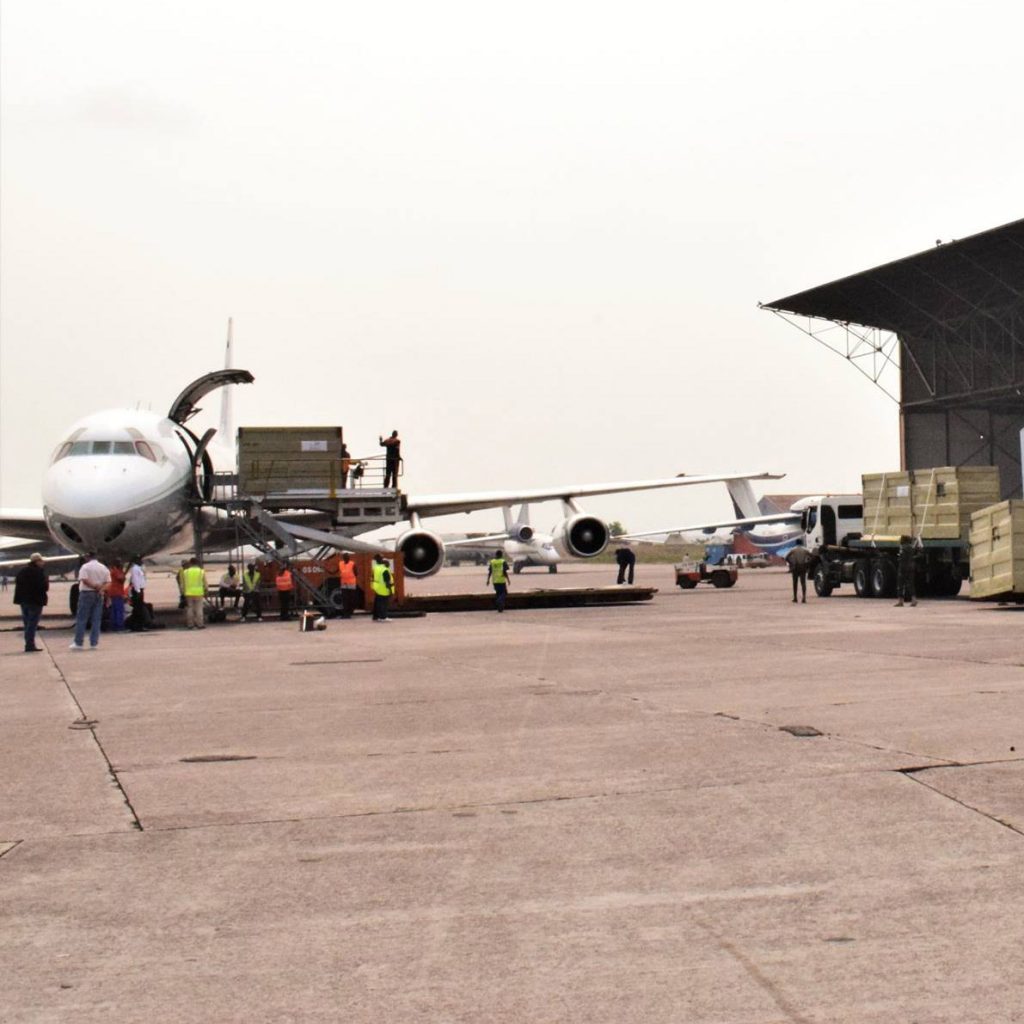 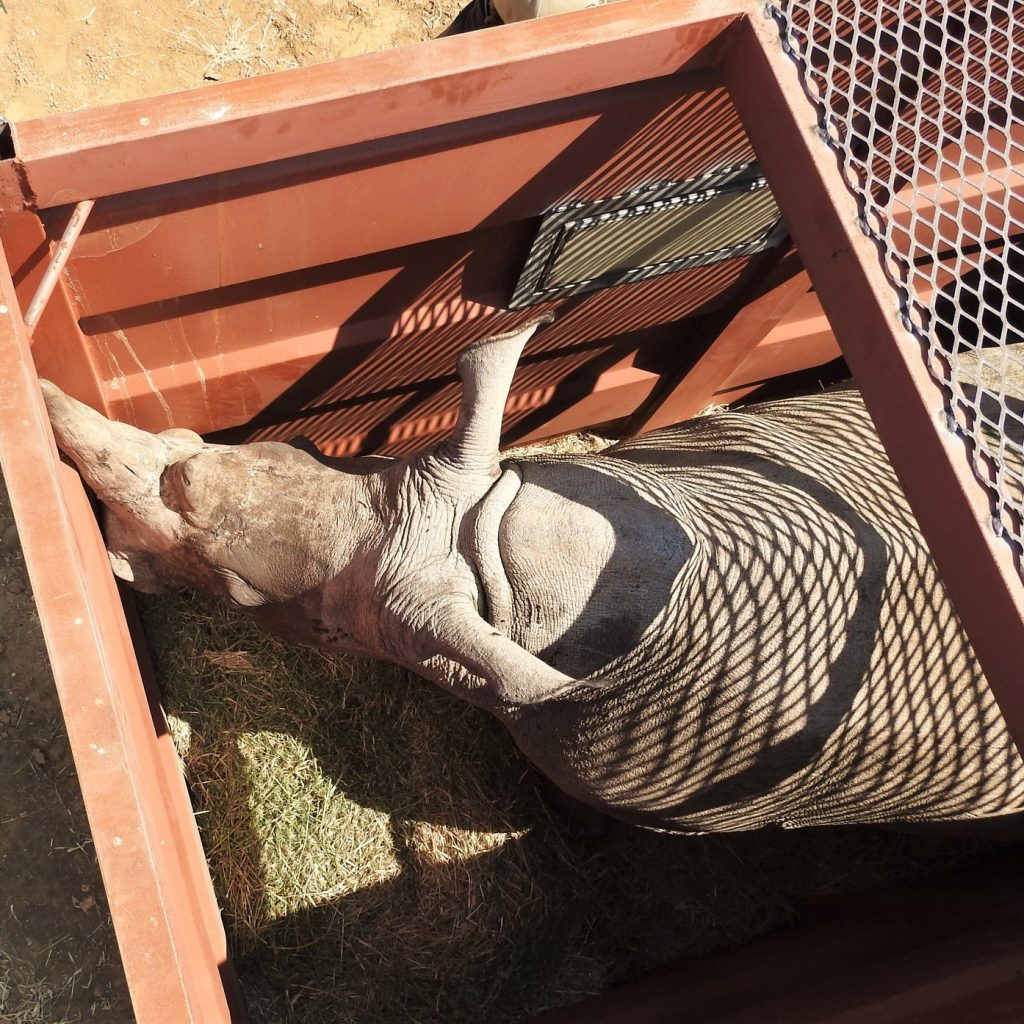 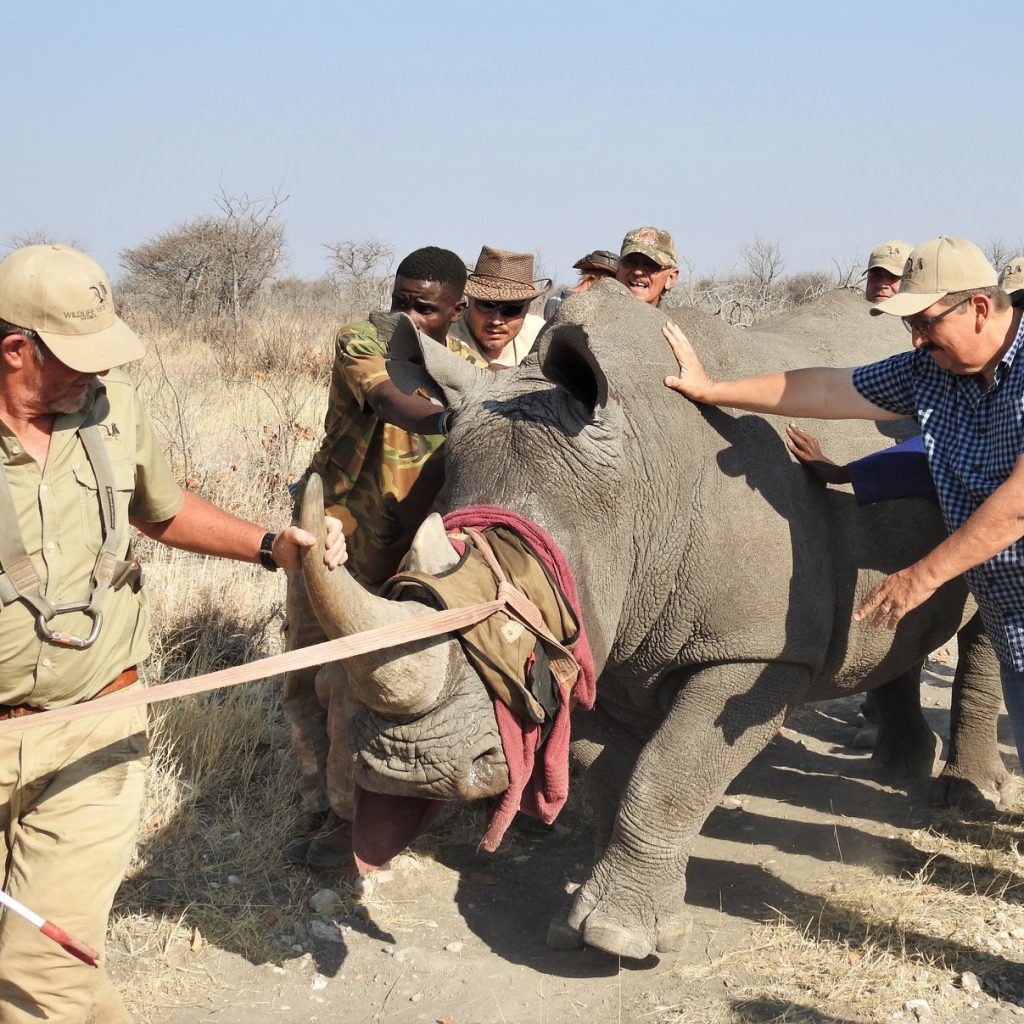